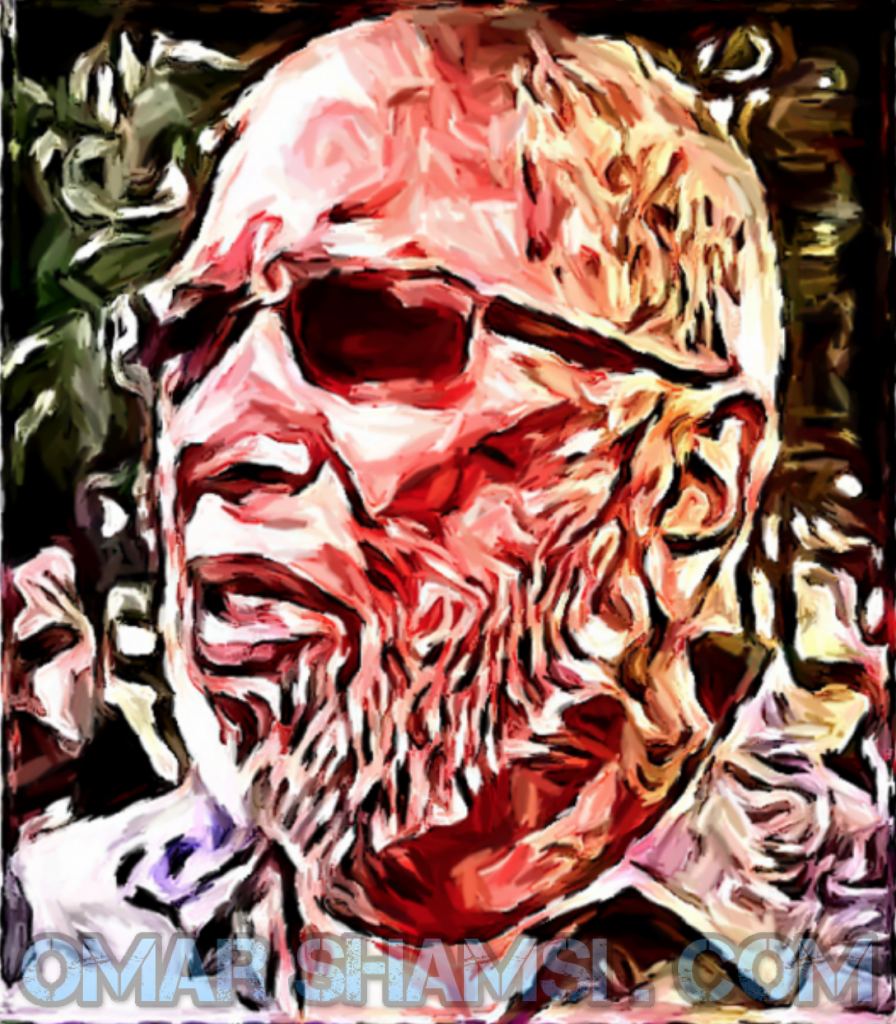 Notes:
This is a portrait of a man who survived one of the shootings that occurred at a Masjid in ChristChurch, New Zealand.  White supremacists are blamed for the terrorist attacks that occurred on Friday March 15, 2019.

These types of terror attacks on by White supremacist groups have been on the rise worldwide against the Jewish community, Islamic community, African American community, Hindu community, Sikh community, parts of the Christian community, and many other minority groups.

A similar type of attack occurred in Pittsburgh, Pennsylvania, USA at the Tree of Life – L’Simcha Congregation that killed 11 people on October 27, 2018.

A reminder to say no to hate and yes to love.